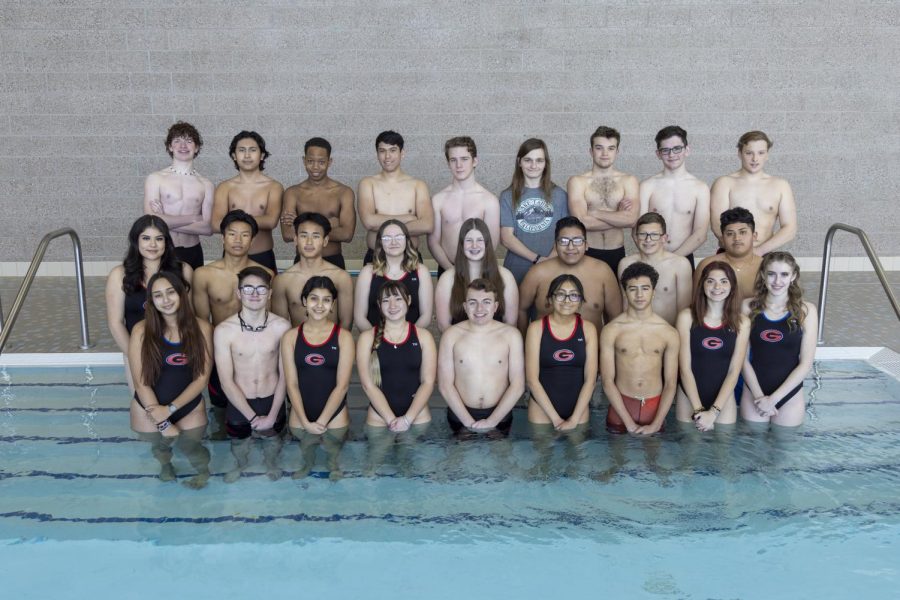 BROOKLYN Carter (10) has been on the swim team for two years and has enjoyed being with her team and the coaches. “I was glad I got another chance to compete in this year’s season, and I got the chance to meet new people and make more memories,” Carter said. This season treated her amazing, and her coaches treated her and the teammates very well and made sure they all had the support and love they needed. “My coaches are always pushing me further and telling me to try harder each time; to improve my times and become better at times,” Carter said. She loves her teammates and enjoys being in the Granger Swim team, and she is hoping to make it to the team once again next year.

Swimming has been a very fun sport and seems to form a bond amongst the teammates. Caleb Wright (10) has also been on the swim team for two years as well. “I enjoy being around my team and goofing around with them because we have that strong bond where, no matter what, we can come along and work together to improve our times,” Wright said. He doesn’t feel like his times were fast enough, and he feels like he could improve. Wright said next year he would like to make it to region and practice to improve his times.

Gale Cutsaw (12) also shares a deep love for the swim team. “I love coach Lumes and coach Carter. They were a little harsh on us, but they did it to push us harder and give us motivation to try harder,” Cutsaw said. “It’s my last year on the swim team, and I’m a little sad. Everyone was really supportive, and everyone helped everyone to improve on our times and become better,” Cutsaw said.

Cutsaw recently got hurt and was out for the rest of the season. “It took away my last meet and as a senior, it kinda sucked. I’m still glad I could participate and support my teammate the best I could,” she said.

This is coach Carter’s last year being on the swim team for Granger, and coach Loomis will take over. The swimmers encourage everyone to join the team and try it out.