Jackie Kuntzsch forgets about all negatives when she plays her violin 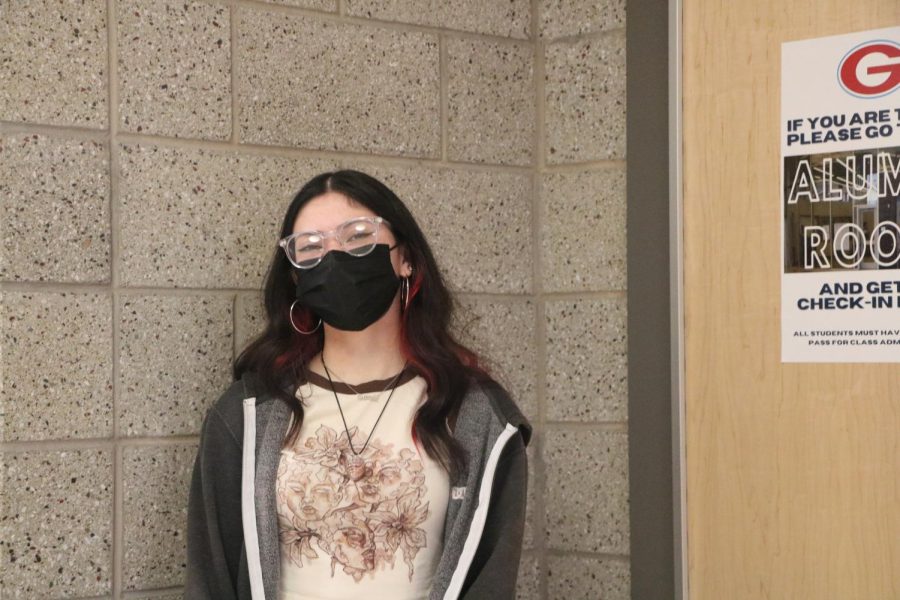 Jackie loves to play the violin.

VIOLINS are stereotypically considered boring. However, not everyone sees it like that. Jackie Kuntzsch (9) is one of many people who find violins fun and relaxing. Kuntzsch has been playing the violin for seven years. At first, it was kind of difficult for her, but after a while of playing she got the hang of it. Now she knows many notes and songs. She has her own violin at home that she plays. Kuntzsch claims that the violin is her safe place. When she plays, she forgets about all negatives.

Kuntzsch’s advice for people learning to play the violin is, “Just do it. It may be hard at first, but if you really want to learn, you can do it. If you aim for your goal you can achieve it,” she said.

Kuntzsch has been one of the best players in her class for a few years now, and she has learned so much. Kuntzch’s family and friends have always been supportive. she has loved her experience with the violin because she finds it peaceful and calming.

Kuntzsch has had a lot of support from people during her violin training. Brianda Blancarte, Kuntzsch’s mom, has been one of her biggest supporters. Ms. Blancarte says that Kuntzsch’s violin playing is fun. When Kuntzsch started playing, she would make a big deal about gathering her family so they could listen to what she learned. Although most of the time, it was only a note or two. Blancarte says that Kuntzsch has improved a lot through the years. She plays full songs now, and she really enjoys it.

Playing the violin has helped Kuntzsch when she’s feeling down or bored. Ms. Blancarte claimed that when Kuntzsch is playing in her room or just playing for her family, she seems really happy. Ms. Blancarte likes that the violin gives Kuntzsch another outlet of expression.

“I’ve loved that it gave her more opportunities to socialize and have time with her friends during classes,” Ms. Blancarte said. Kuntzsch gets to have more time with her friends because of the violin. It lets her be more social by making her talk more and being less shy. Going somewhere to play also allowed Kuntzsch to have more outside experience.

There are many people like Kutzsch, some may have support from others, and others may not. There are so many people both new and old to the violin. Many people dedicate themselves to learning the violin, or any kind of instrument.

There are multiple violin classes Lancers can take if they’re interested in learning. Not much is required for a beginner’s violin lesson. Although it might be expensive, people can also rent the instrument temporarily. There are lots of opportunities for anyone who wants to learn more.