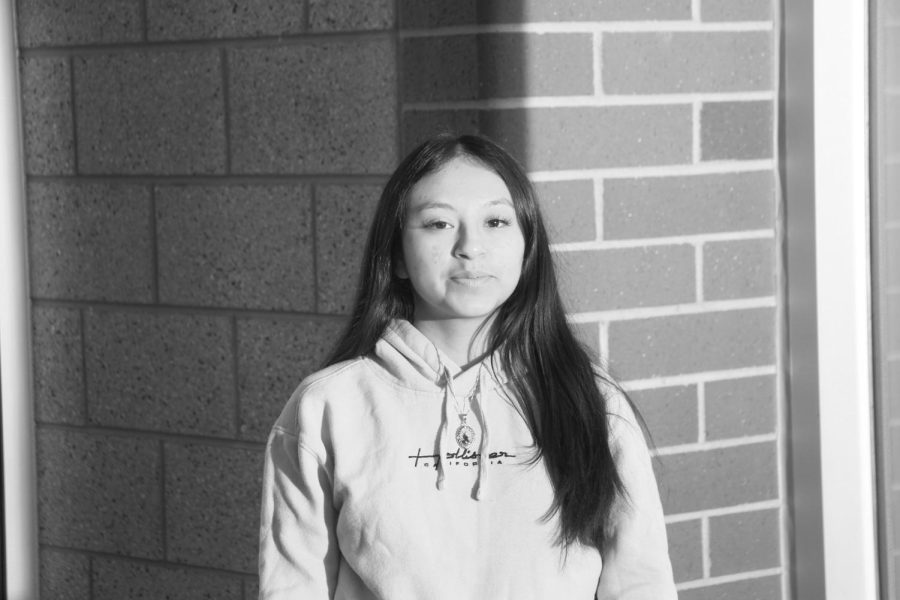 AUTO BODY is a class where an individual can learn to diagnose damage and fix damage. Everything from welding with metals and plastics to sanding, priming, and painting is covered.

This is a trade course meant for anyone, as there are different experience level classes that range from beginner to college level. As a class where almost everything is hands on, it requires the student to pay 110 percent of their attention to what they are doing.

However, this course isn’t all about cars, it has helped many Lancers deal with personal problems. Emily Buendia (11) says it is a way for her to try new things while learning at the same time. “I chose auto body because I find it interesting and fun. It’s actually pretty relaxing too. I recommend the class to anyone considering it because it is a fun class, a good experience, and a great way to relieve stress,” she said.

Living in a world where almost anything and everything is on social media and is full of irrelevant opinions, sometimes students feel the need to escape.

Mr. Johnson, the teacher in charge of teaching this class says auto body is a class where a student technician repairs body damages. He also said this class does not deal with the mechanical side of cars, and it mostly consists of cosmetic fixtures. “I would recommend the course to those who enjoy working on cars because it’s fun and there is a huge demand for technicians.”

Many in the advanced level classes have goals of making this their career partly because of the huge money earning potential it has. The average technician brings in 115k give or take according to the comparably.com website. The high earners with years and years of experience manage to bring in up to 600k. That said, all numbers won’t look the same: location, age, and experience are just a few of the many factors that can affect these numbers drastically.

Andrew Gonzalez (12) says autobody has helped him fix his own car. He says Johnson has guided him through the process and Gonzalez has been learning a lot while doing so. “I like doing car stuff, not as a job, but as a hobby,” Gonzalez said. After talking with his counselor, he discovered that this class could count as an art credit, too. He encourages students who are tempted, but not completely decided on the class to “give it a shot, because there are many things to like and very few to dislike,” he said.

This class can help students now and, in the future. Tomas Lopez (12) says he encourages students to try new things because career interests sometimes need discovering. “It’s something I want to pursue after high school because it is something I learned I liked to do.” He also says he enjoys classes where he must use his hands, but it is a class like any other. “You get out of it what you put into it,” he said.