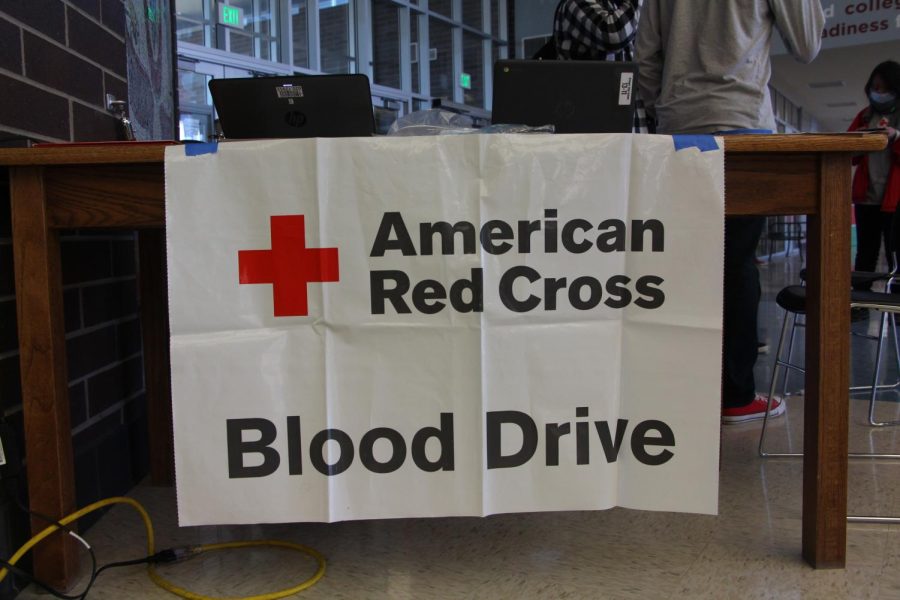 A blood transfusion is when someone gets donated blood injected into their veins through a small tube. Blood is needed for surgeries, car accidents, wounds, and etcetera. They are also used for people who have diseases like sickle cell disease, anemia, and other blood-related conditions.

One of the most recognized organizations that helps collect blood is the Red Cross, and Granger helps the Red Cross on their mission for blood donations.

Lancers choose to donate blood for a variety of reasons. Getting snacks, earning graduation chords, meeting other donors, hoping to help others, and knowing needy patients personally are reasons that motivate students.

If a student at Granger donates or helps with the blood drive twice, then they can earn a ‘humanitarian’ chord to wear at graduation.

Tenley Nielson (11) became a donor this year, just like her father. “It was always something I was interested in. My dad donates plasma a lot, so it was just kind of something that I was intrigued by,” she said. Nielson wants to continue to donate. While the needle may hurt, it’s not as bad as people imagine. “It pinches for a little bit going in, but after that it’s fine,” Nielson said.

A lot of people are scared by needles, but Bethany Gardner (12) gave a tip for that. “At first, I was nervous because I’m not a fan of needles, but I started to calm down when they told me that IVs are worse. They said I could turn away if I wanted to when they put the needle in. It didn’t hurt much,” Gardner said.

“I would say that everyone should donate in any form. May it be blood, plasma, platelets, etcetera. You can help someone in need! Everyone is so nice and easy to talk to, they got your back no matter what,” Gardner said.

Cesia Espinoza (11) says the worst part wasn’t the needle itself. “The worst thing was that I felt a little bit bad afterwards, but it was a completely normal reaction. It went away really fast,” she said.

Kafika Sound (12) agreed with her “It was pretty fun. The Red Cross people were pretty chill too. I happened to get the same time as some friends, so we joked around a bit, took pictures, recorded videos, and talk while getting blood drawn. We even got some snacks afterwards. A 10/10 experience. Only part that sucked was filling out the rapid pass,” she said.

Zachary Astorga (12) donated for a second time this year. “The chord played a big part, but after I donated, I understood how important it was to give blood, so I had to donate again,” he said.

Astorga also donates because he knows people who need transfusions. “A lot of close friends needed blood transfusions and knowing how much it helps makes me want to join the cause to help all I can,” he said.

Lancers choose to donate blood for a variety of reasons. Some students like Astorga know someone in need, while other students just want to help those they can. Either way, the Red Cross makes it an amazing experience that keeps students coming back.

It’s important to have students donate blood. Astorga hopes to inspire his fellow students by saying, “I think Granger should come together and help all we can with the blood drive and the Red Cross.”

The Red Cross comes to Granger about three times a year. It’s open to anyone who is 16 or older, meets the weight requirement, and gets parental permission. It’s a great experience that truly helps to make a difference in many lives.