LAT projects have been successful 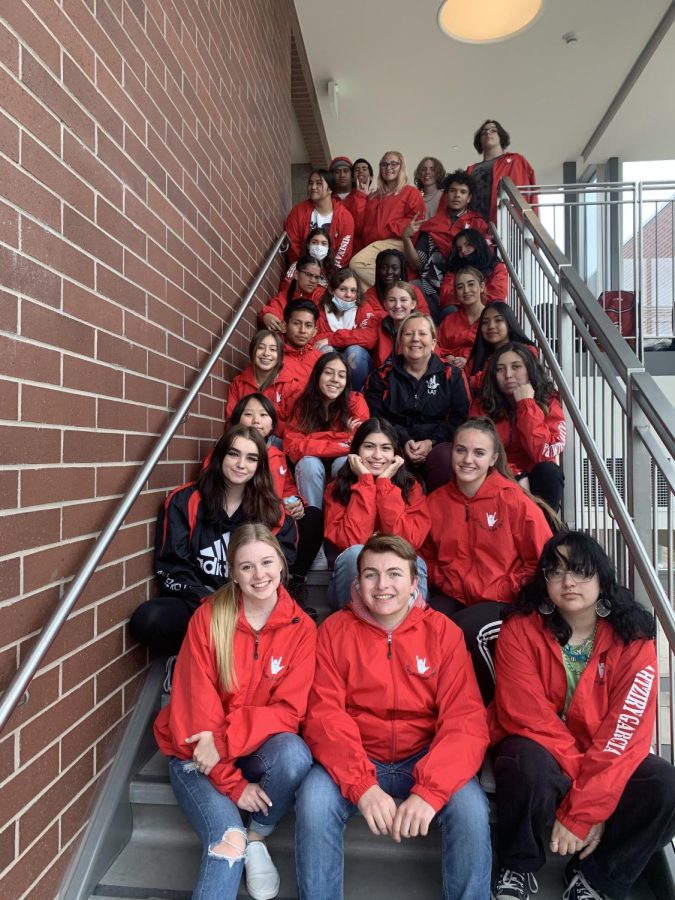 LAT embraced winter as the season of giving. LAT, or Lancer Action Team, is a class like LIA. They do service projects at Granger and the community surrounding it. The students in LAT have done amazing things including cleaning up the Jordan River, hosting the SpEd HOCO dance, and helping at Headin’ Home Horse rescue.

LAT’s most recent service project was an event called “Grinchmas,” like penny wars. Grinchmas is a competition between classrooms. Teachers were given two different jars: one for positive, and one for negative points. Students donated change to either jar which corresponded to a point total. LAT students then went around to calculate how many points each teacher had.

While most of the students in LAT thought it was a great event, there were some challenges with it.

LAT hosts Grinchmas every year, but this time around, there were issues with getting it approved. However, in the end, Ms. Neibaur, the LAT adviser, worked it out with the finance office and Dr. Dunn.

To get Lancers to participate, there were rewards and punishments. The losing teachers included: Mr. Hsu, Ms. Timpson, and Ms. VanDuyn. Their punishment was to get pied in the face. The winning teachers were Mr. Schmeling, Ms. Fichialos, and Mr. Eden. They all earned a pizza party for their 4B classes.

Another issue that LAT faced was counting the coins. Ahtziry Garcia (11) enjoyed getting to go around to classrooms and collect the money but struggled with calculating it into points. “My favorite part was going out to collect the money. Students would always put money in to help. The part I probably struggled with was the amount of money we had to count,” Garcia said. She wasn’t the only one to have struggled with this. Other members agreed that it was challenging.

Nonetheless, it was a great event that raised a lot of money. The money raised was used to buy Christmas gifts for less fortunate families at Granger. LAT raised just under $7,000, coming in at $6,958.04. 11 families were able to receive help through LAT’s efforts.

After collecting the money, the next step was to go shopping for the families. The president of LAT, Karen Almaraz (12), was super excited to be able to go get things for them. “I’m super excited to do the shopping! Gathering the gifts for the families is going to be fun. I imagine it like shopping for my own brothers or parents,” Almaraz said. Students in LAT feel as though it is rewarding to be able to see all the money, they raised going towards those in need.

After LAT completed the shopping, they needed to wrap and deliver these gifts. Every gift was wrapped during 4B in Ms. Neibaur’s room. After everything was wrapped, LAT students sorted the gifts by families.

Members of LAT were then able to deliver the gifts in the evening. The class planned to go caroling to the houses to deliver everything. While LAT was delivering gifts on December 14th and 16th, the families waited until Christmas day to open them.

Although it’s a long and complicated process, LAT enjoys doing it. Helping Granger’s community is what the class is all about. Members of the Lancer Action Team cannot wait to do it again next year, and they appreciate the support they received from faculty, staff, and students.