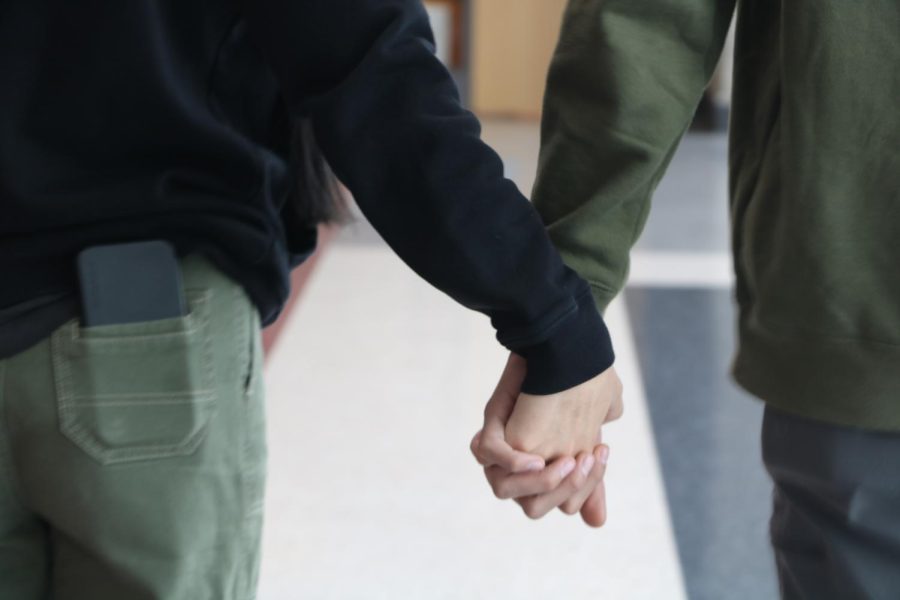 SO MUCH is new when it comes to dating or getting to know someone. Yanira Mendoza (12) is in her last year at Granger. From observing, Mendoza said that about every year, there’s always something new with dating or the stages beforehand, especially with this age group.

Social media has always been a place for couples to go and be public with their relationships. TikTok is a new trend with couples and it’s becoming common. “I would see a lot of couples interacting with social media by being active on YouTube, or having a little couples page on Instagram, but TikTok is really a big thing for them now to give off a good look or impression to them,” Mendoza said. As the years go on, the number of platforms that couples seem to post about their relationships on have increased.

Another thing with social media is the possibility of getting catfished. Mendoza’s opinion about using dating apps and online dating is that it can be scary. “To me, it doesn’t seem like a real thing. People are smart and might be pretending to be someone else or can look like someone else. You never know who you are talking to,” Mendoza said.

A Lancer could be talking to a someone he thinks is his age or it could possibly be a fifty-year old. Once they meet in person, they could look totally different or that vibe they felt over the phone may not be there in person.

Erick Armas (11) sees that catfishing happens in-person as well and has its own term: “mask-fishing.” With the COVID pandemic, people have the option to wear masks or not. “You get used to how someone looks with a mask, and you could be making your own vision about how they look without it, and seeing them suddenly without it throws you off,” Armas said.

It’s not so easy avoiding both catfishing and mask-fishing. “Pre-date cyberstalking” is what 72% of people admit to doing before seeing a person and people, which mostly involves research Facebook or Instagram, as stated in a survey on the chicagotribune.com website. It’s a smart way to be safe and get an idea of who you’re getting involved with.

There’s always new lingo with dating. Armas explained what a couple of new common phrases mean. Not all words are new, they’ve been around before, but they recently sparked up and became common again. Words Armas has been hearing more recently are toxic, red flag, green flag, ghosting, and many more. “Green flag is just what you want in a person or they’re overall pretty positive, red is the opposite. Toxic is basically what a red flag would be, it’s someone you want but they’re either manipulative or hypocritical,” Armas said. Ghosting is leading someone on or getting someone’s hopes up and leaving that person out of the blue just because.

Alexa Guapo (12) has recently been in a relationship throughout a bit of high school, so she has gained dating knowledge with her experience. Guapo says that couples still tend to do traditional things like giving gifts, opening doors, or meeting parents, which is the most important to her. There’s a lot of things couples could do for fun. It just varies depending on if they like going out or not.

Guapo has a thought about kids getting to know each other. “It’s important to understand who you’re with and understand if that person wants to take things slow,” Guapo said.

Some may feel like it’s not a big priority nowadays and they just rush into things. It also seems as though many people just stick to talking for months and never make it official, and that’s what dating is now. While some stay traditional, others are opting for more casual, digital ways of finding a partner.