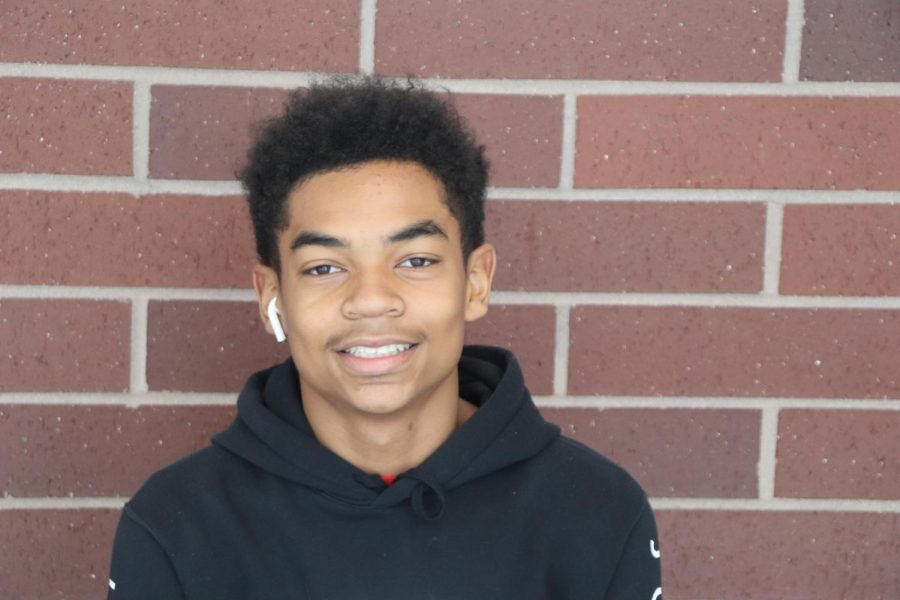 Avante recommends that students join the basketball team to have a better experience in high school.

SPORTS are very important to Granger, so many students are eager for the winter season to commence.

Despite student enthusiasm, there is a bit of pressure on this year’s players. “Basketball should be fun, it should be sort of an outlet for both boys and girls,” coach Shawnee Smith said, “sometimes that can be additional pressure though, so I would say self-care is really important. Make sure you’re doing all the basics. Getting enough sleep, drinking water, and eating right. Don’t neglect yourself,” she said.

Not only is physical health important, but mental health is important, too. According to coach Stephen Tidwell, what can really help students is goal setting. “We set goals, and we try to prepare them the best we can. I want to help them build their character and try to put them in situations they can be successful in,” Tidwell said.

Coach Tidwell values hard work and wants to make sure that the players are going to class and getting their grades where they need to be. “I always tell my players to believe in themselves and work hard. Don’t make excuses,” Tidwell said.

Coaches also look for talented players. Tidwell says that they should focus on shooting open threes and open layups. “High-advantage shots are always great,” he said. Coach Tidwell is looking forward to going against Hunter since they are West Valley’s rivals. “I’m excited to see how our team does,” he said.

The teams rely on their coaches for support and encouragement, but in the end, it all depends on the players to bring their game out on the court. “I love to play basketball. I’ve been wanting the season to start for a while now,” Avante Lee (9) said. Lee has been playing basketball since he was in 6th grade, but discovered it was his passion when he was in 7th grade. “I’m very good at driving the ball with my left hand, so that’s an advantage,” Lee said. He recommends others join the basketball team to have better experiences in high school and to be aware of how fun the sport is.

“I’m prepared for the upcoming season. I know that there is no point in bringing myself down in a losing game and that there is always a chance to come back and win in the next game. In situations like those, I just breathe and keep my head in the game,” Lee said. “I can’t wait to go against Taylorsville. Facing them will be exciting.”

Just as the boys are getting ready for this season, the girls are feeling equally strong. “We have a really good group,’’ said Smith, “our goal is to create well-rounded, creative women who are excelling on the floor, but also in the classroom.” Coach Smith looks for hard-working people who have strong character and a good attitude.

It’s important to prepare a lot, so the team practices Monday through Friday for about two hours. “There are a lot of basics to a good shot, but balance and release are super important,” Smith said.

Smith and Tidwell share similar opinions and goals when it comes to Granger basketball. “We’ve started this season strong. Taking region is something that has always been on our radar, and I think that it is definitely attainable with this group,” Smith said.

Granger basketball players are very competitive and prepared to win. That’s what sports are about: coming together as a team. After all, Granger values thoughtfulness, empowerment, and students who are connected.

The best thing Granger’s students could do is give their support to the team. Surely, this basketball season will have been worth the wait.