What’s the hype about Haikyuu!!? 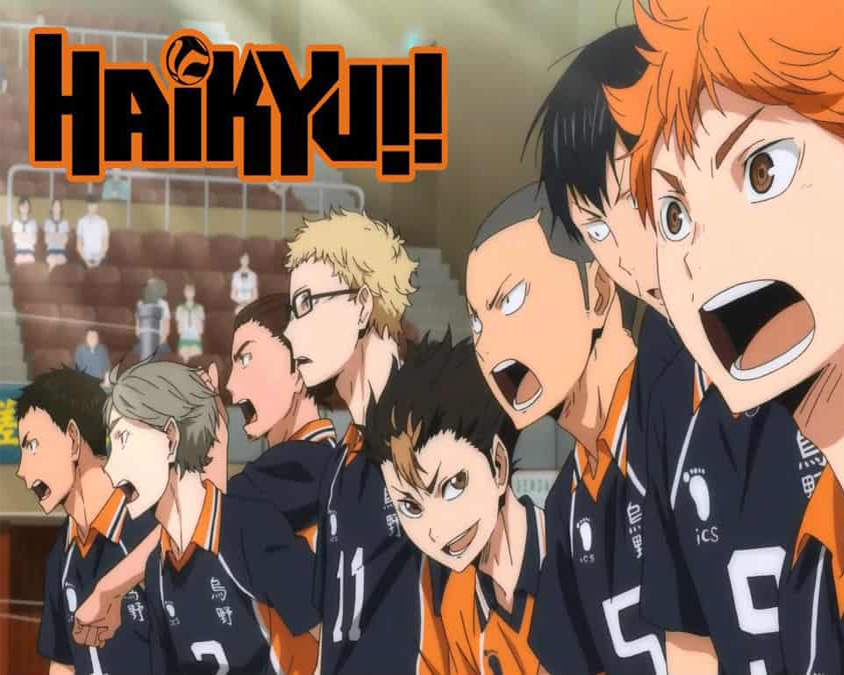 By Whitnie Larsen
HAIKYUU!! is an anime about Karasuno High School’s boys volleyball team. This anime has four seasons and is in production for a fifth season; a part two to their fourth season Haikyuu!! To The Top. Haikyuu!! was created back in 2015, but it has just recently become a well known anime in the community. Due to COVID-19, I have been able to watch more anime than before—Haikyuu!! being one of the top ones on my list.
Before I had started watching Haikyuu!!, I decided I wanted to make a Twitter thread and leave my opinions for each episode, that way I could look back and remember what I had watched. This anime has a lot of filler episodes, and is dragged out, which makes the episodes and seasons seem longer. This was something that I particularly disliked about the anime. However, I loved everything else about it.
The first couple of episodes start out slow, dragging it on so you can meet some of the main characters. Around episode six is when things start to get interesting with their first practice game. A lot of people on Twitter had noted this too, saying that the show is a slow moving one, but worth the time. Haikyuu!! is also one of the most talked about anime selections lately, and with good reason.
Many people like the aspect that an anime portrays sports. This can bring both anime lovers, and volleyball lovers together to enjoy something together. I think that the creator of this show, Haruichi Furudate, was smart when creating this series. If you prefer manga or reading, Haikyuu!! is also a manga that you can read. There are forty-five volumes of this manga, and it’s hard to take your eyes off of.
If you need a show or book to read during the quarantine period, Haikyuu!! is a good and long one to keep your attention and spend your time with.