Music provides an opportunity for expression 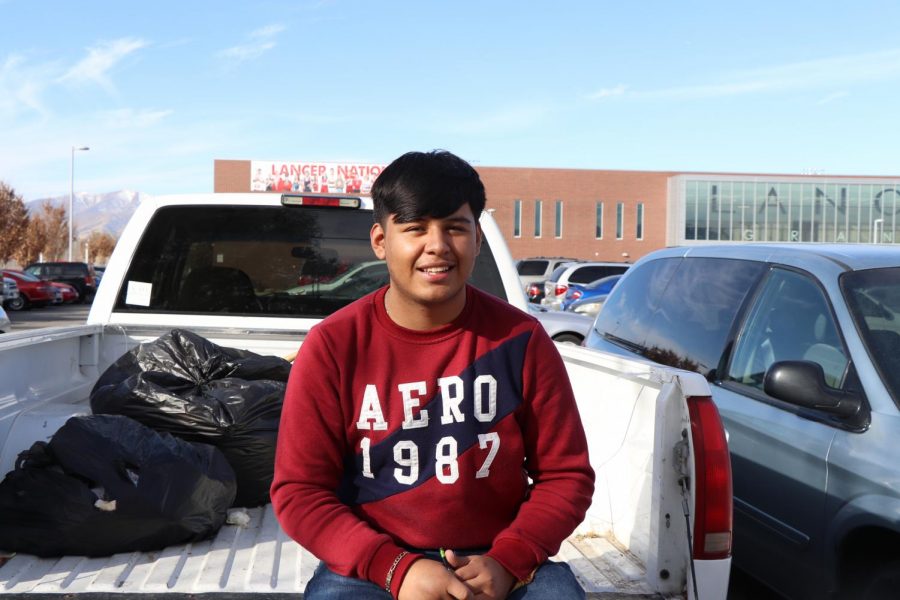 Christopher Hernandez plays guitar mostly for himself, but music is very important to him.

ALTHOUGH it may seem like your typical high school setting, Granger High School is a place filled with unique individuals with various different talents and interests. These interests can range from your typical STEM-based disciplines to passion-filled fine arts. For many students, the arts are a way of self-expression and a way to articulate their ideas that need to be heard. Every student’s experience is just as important as another’s, and each one is capable of creating a work of art that can bring a unique perspective to people’s lives.

One of the most popular forms of art present at Granger is music. Music is a well-received form of art all around the world, so it should be no surprise that it is also highly common here at our high school. According to a variety of students, music is considered a major stress-reliever. It’s a way in which kids have the freedom to represent their feelings and expressions that they tend to store away deep inside themselves. These young, promising artists very commonly promote their talents on social media. Examples of platforms where they would share their musical ability would be Facebook, Instagram, Youtube, or Soundcloud. Many of the big musical stars that exist in the music industry today started off as young people with a passion for music and a simple dream to share their emotions with other people. Each artist has their own reasons and motivations behind the music they create, but it could only be understood through the content of their music and listening to each of their unique stories.

Daniel Tippetts (12) has been making music for about three years now. He has been mainly influenced by his older brother who also makes music. He admired his work, and it inspired him to make some music of his own. The genres of music he was most influenced by originally consisted of hip hop and rap, but he has since broadened his view by opening his mind to other genres in order to create a more alternative style This style is exclusive and sets itself apart from others. Due to having such a long experience with music, Tippetts has learned many valuable lessons and information. “You have to be not scared to try anything new,” Tippetts said.

Jonathan Pacheco (12) always had a passion for music. He’s taken an interest in these fine arts after being introduced to both his culture and his father’s interests. After teaching himself how to play the piano and guitar, Pacheo focused on his ability to create and refine the songwriting aspect. He kicked off his music career on apps such as GarageBand before obtaining better equipment for his productions. Examples of artists that have had an impact on him and his music are Playboi Carti and Lil Uzi Vert, since they have promoted distinctive styles. “What I want people to know when I make songs [is that they] are based on dreams and goals that I have and I feel like people can relate to that,” Pacheco said.

Christopher Hernandez (11), much like the fellow artists mentioned before him, has had an affinity for music ever since his childhood. Unlike Tippetts and Pacheco, Hernandez mainly plays the guitar for his songs. However, his passion for music is more of a personal hobby he keeps to himself rather than a form of art he unveils to others. Besides music, other interests Hernandez keeps himself busy with are working on cars and going to work. “When I play, I want the people to like it. I want them to know that I do my best,” Hernandez said.

These students take in a lot of criticism and feedback which causes them to keep moving forward with their musical talents. They give up lots of their own time and put in a ton of effort which deserves so much more recognition, not only from the school but from any other place as well.