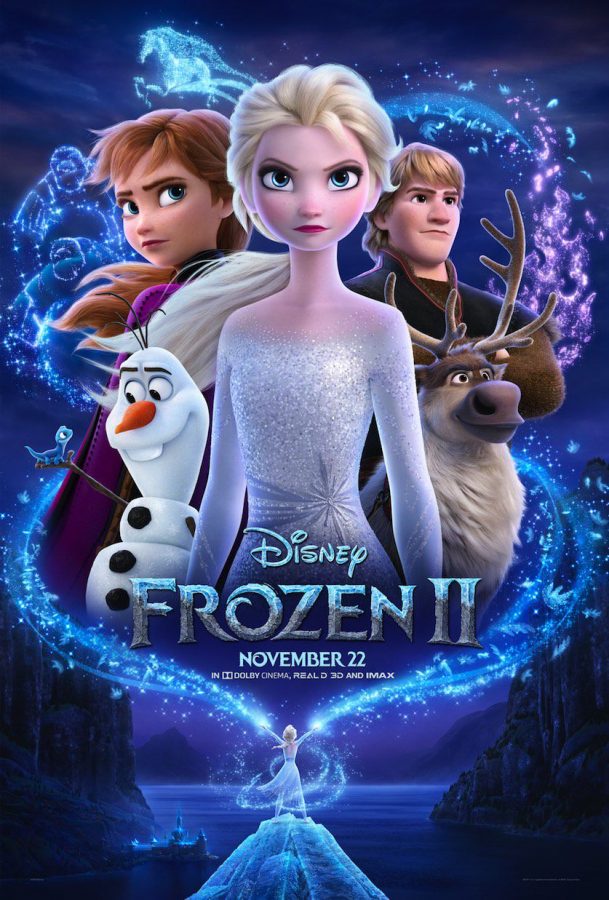 SIX YEARS ago, the world was introduced to the popular Disney movie, Frozen. That year, school talent shows were filled with mediocre performances of the song “Let It Go.” Many girls dressed as Elsa for Halloween, and parents were forced to watch the movie constantly. It was a movie that caught on quick, and even some adults enjoyed it, whether they admitted it or not. But within the past few years, it has lost its spot in many people’s hearts. However, on November 22, Disney is coming out with a sequel to the well-loved movie, simply titled Frozen 2. It’s nothing like your typical Disney princess movies.

Most Disney movies contain a princess that seems very strong, resilient, and independent until something bad happens. Then, a big, strong man comes to save the day. I can’t say for sure that isn’t going to happen in Frozen 2, but, from looking at the trailers, it seems that Elsa may just have to be her own savior.

The trailer starts eerie and dark, at a beach with some large waves. Elsa runs into the ocean, able to skip along the calm parts of the water using her powers. She tries to skip up a wave, but the wave washes over her and she disappears. We know from the first Frozen movie that Elsa and Anna’s parents passed away at sea in a storm. This may have something to do with what Elsa was seen doing. Many people have speculated this, and many other clips from the trailers have led to other speculations.

Another example of fan speculation features a new character we see in a forest, during what looks like fall. She has reddish hair, similar to Anna’s, and is wearing tan and purple peasant-like clothes. Many fans have wondered and hoped that this may be Elsa’s new girlfriend, but this is, sadly, not true. Jennifer Lee, Disney Animation Studios’ Chief Creative Officer, said in an interview, “In terms of Elsa, she’s not going to have a romantic relationship in [Frozen 2], like she didn’t in the first one.” This may be disappointing to some hopeful romantics.

Compared the the trailer for the first Frozen movie, Frozen 2 seems much more intense. Frozen was a very funny movie filled with jokes and sarcasm, and the trailers reflect that. The Frozen 2 trailers have no funny bits and no jokes, just dark, eerie fogs and confusing quotes. That doesn’t say for sure that Anna won’t be making us laugh throughout the film, though. However, the movie is rated G, so it isn’t anticipated to be too scary for small children.

Based off what I have seen in trailers, Frozen 2 seems like a very interesting movie. It looks very different from the first Frozen movie, and I anticipate it to be a very popular movie that will make a lot of money in the box office.

Frozen 2 comes out on November 22, and I recommend you see it as soon as you can. I know I will be in theaters soon after it comes out.