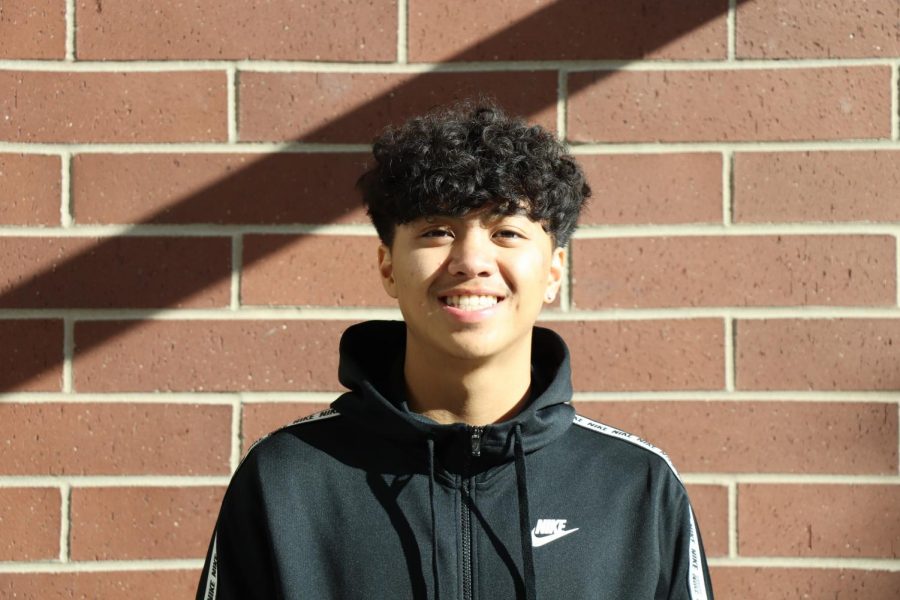 Arrya is ready to make sacrifices in support of his team.

BASKETBALL is one of the many winter sports played here at Granger.  Like every other sport, the team is starting off with new as well as returning players on this year’s team. This year the team has a new varsity head coach who previously coached at Kearns High School.

Some players on the team started playing before coming to high school. They have built their skills over the years and continue to improve them. Isaias Calderon (11) has been playing for 10 years, and his first year on Granger’s basketball team was his sophomore year.

Now as a junior, Calderon hoping to play for the team again this year. “I enjoy the adrenaline of playing with a team, and being able to achieve something better with your peers,” Calderon said. With some players having more experience and skills than others, they are able to help each other out and improve as a team.

With their season starting in early December, they have some time to build a team and work together for improvements. Ayee Lorenzo (11) is confident that when the season starts, the team will be well prepared and ready to play. Players are preparing for the season by going to open gym after school every other day for at least 2 hours. Ayrra Lorenzo (12)  is a senior on the team. “You need to make sacrifices to be the best player you could be, that means putting in your all every practice and not missing a day of practice,” Lorenzo said.

Lorenzo has been playing basketball for 5 years now. “I love the energy and intensity of the game and I love how competitive it gets” Lorenzo said. The players really enjoy the game and are excited for the season to start.

The team’s new coach, Coach Tidwell, has been an assistant coach for 9 years. He first coached at Kearns High School before transferring to Granger. This is his first year as head coach for the varsity team, and so far he is really enjoying it.

“They are good kids and administration has been very supportive here at Granger,” said Tidwell.  Tidwell has been helping the team and new players be prepared before tryouts. Tidwell has been asking the players to come to open gym and enroll in their athletics class. This year, returning players are very confident about the season.

Lorenzo is confident and hoping to end the season with an 18-0 record. Tidwell believes they will have a successful year if they work together and play hard. The team’s members still haven’t been chosen, so anyone interested in playing this year can try to join if they’d like.Tidwell recommends taking their athletics class which is 4B and coming to open gym after school every A-day.

Coach Tidwell hoping more and new players with specific basketball skills join this year’s team. To be able to tryout, players must be registered on registermyathlete.com. Tryouts start on November 11th and students must have a 2.0 GPA and only one ‘F’ grade.