Semeli twins dominate on the court 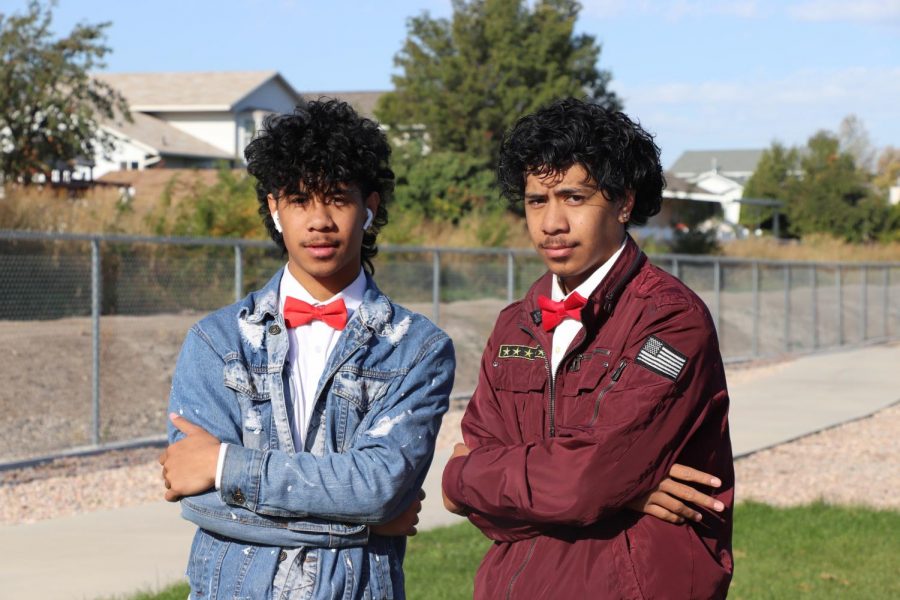 Jayden and Jeremiah Semeli have played basketball since they were three.

GRANGER High School boy’s basketball team started playing in late October, which is the start of the winter sport season. The team has some interesting players, including a set of twins named Jayden Semeli (12) and Jeremiah Semeli (12) “They make a huge impact on the team,” Isaac Lemus (10) said. He is on the team and notices some things about the twins.

The twins have been playing since they were 3 years old. Their father introduced them to basketball and they fell in love with it quickly. The Semeli twins have been playing basketball ever since. Almost everything about them is similar, from their hair to their hand size, but there are some differences between them when it comes to playing. They are both very competitive when it comes to playing. “We all know I’m better,” Jayden said.

Despite the playful competition, both twins love the sport.“ Just doing what we love matters more than competition,” Jeremiah said.

The Semelis both love playing basketball more than anything. Jayden’s favorite moment was when he scored against a team and nobody on the team had to worry about losing. Jeremiah’s favorite moments are whenever he gets to play and make his team proud.

When it comes to humor, the boys are the same. Laughing and having a good time is what they do best. “Being together makes us happy,” Jayden said.

The boys learned to train themselves as they grew up. They train for 6 hours a day, everyday, after school. They also participate in open gym on B days here at Granger in addition to practicing after school with their team. They also maintain good grades, keeping above a 2.0 with no more than two F’s to play. Being in basketball is another way to help them do well in school, as they have to keep their grades and citizenship in mind.

The journey to get where they are now was very hard. The Semelis had to practice every day and get involved to be on the team. When asked what their motivations are, they both said that their twin was their main motivator. They continue to put in hard work to make themselves and their family happy.

Jayden and Jeremiah want to continue playing basketball in college. Both of them want to go to Utah State to play, and go on from there. Maybe one day, they could become famous NBA players.

Most of Grangers school sports seem to have the same rival: Hunter High School. Other than Hunter, the twins said Kearns is one of their greatest rivals. Competition is very serious when it comes to sports.  Both of them enjoy the game and enjoy playing more than anything. “The bond between our brothers is my favorite thing about the team,” Jayden said.

Jeremiah’s favorite thing is getting to spend time with the team.“Practicing and playing together, it’s always fun hanging out with them,” Jeremiah said. The boys basketball team has an unbreakable bond, all of the players love their teammates and reach the common goal together.

Jayden and Jeremiah are about to graduate and follow their basketball dreams. Basketball has become a huge part of their lives, and they thank Granger High School for helping them. They will continue to work hard for their career in basketball and become certified basketball players together, as brothers and best friends.