Don’t pass up QUARANTINE, The Loners 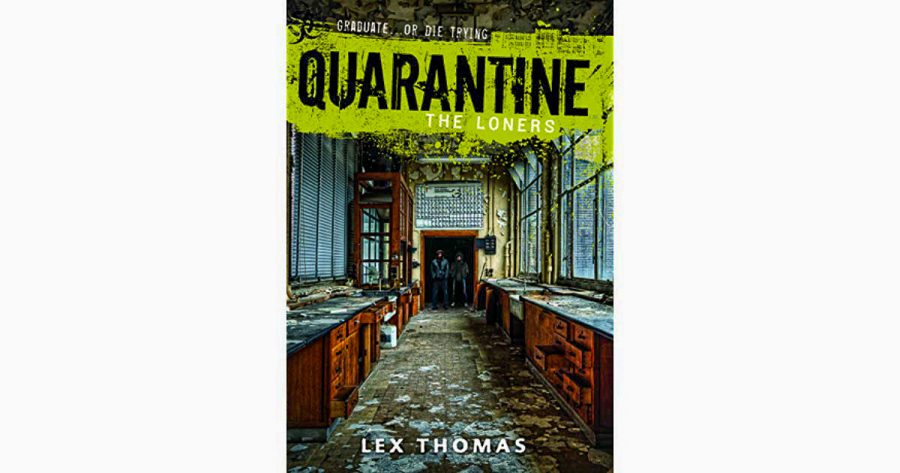 QUARANTINE, The Loners tells the story of David, Lucy, and Will. A virus that thrives in the bodies of pubescent teenagers and immediately kills everyone else is let loose on the first day of high school. A science lab near the school was illegally testing biological weapons, and a test subject gets loose and sought refuge in the school. Soon, the school became a battle zone similar to that of The Hunger Games.

A few weeks later, the different cliques become gangs, and those without cliques are the scraps. David and his brother, Will, are scraps. David used to be on the football team, and would have been on Varsity had a few events not happened. He was fairly popular before getting mad and drunk at a party and beat up one of his teammates, Sam. He had been dating the most popular girl at school, Hillary, before he found her cheating on him and threw her phone in the toilet at that same party. Now, David has to avoid both of them to survive, which is hard when they are the leaders of the 2 biggest gangs, Varsity and The Pretty Ones.

Will is much more adventurous than David, has epilepsy, and sneaks out recklessly at night, sometimes getting into very dangerous situations. His epilepsy sometimes surfaces at bad times, causing his to seize in the middle of a fight. Recognised as David’s brother, Varsity tries to hurt Will multiple times.

Meanwhile, seniors are slowly dying all around the school. This is because the virus only thrives in prepubescent teenagers. Therefore, the virus leaves their body as they complete puberty, all the viruses from other students immediately attack. The government realizes this and installs a machine that tests a student and sees if they can leave the school soon. Students are now taking advantage of this and seniors are dying much more rarely.

One day, David sees Lucy about to be hurt by one of the Varsity boys when she is checking to see if she is eligible for release. She had been a Pretty One before she refused to date a Varsity boy and was kicked out by Hillary. Naturally, he saves her by punching the Varsity in the face. The Varsity dies after hitting his head on the tile, and that makes it so much harder for David to survive. Varsity is hungry for revenge.

That night, David and Will bring Lucy home. David quickly discovers that Lucy is a girl that Will had met during summer camp, and he is deeply in love with her. However, Lucy is in love with David because he saved her from that Varsity boy. This causes a ton of conflict between Will and David, and their relationship deteriorates little by little. Soon, David is asked to lead a new gang, consisting of all the kids without gangs and the games begin.

This was an incredible book. The plot really engages you, and it’s pretty relatable when you think about it. Everyone is nervous on the first day of school, afraid people won’t like them. Obviously, the students in the book weren’t afraid they would be locked in their school by a fearful government and in constant fear for their life, but that’s just what they got. The book should be available at most libraries, and I highly recommend reading it.