Beauty and the Beast is an amazing success 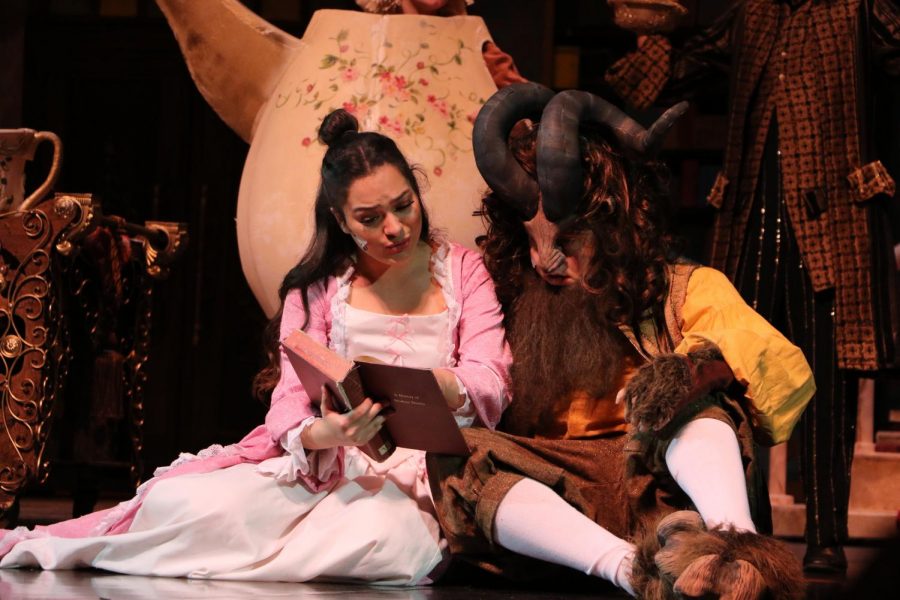 THIS YEAR, one of Granger’s plays was Beauty and the Beast. The stage filled up with props and actors, doing their best job after months of practice. Rachel Guerra (12) and Jett Larson (12), playing as Belle and the Beast, totally grabbed the attention of many viewers of all ages with their amazing acting skills bringing a story to life on stage.

Beauty and the Beast was the first play I have ever watched, and honestly, the play exceeded my expectations. The actors, as well as the stage props, made the story vivid and clear. When the enchanted servants and villagers sang with a smile on their face, I had goosebumps over my skin.

My favorite part of the play was probably during the “Be My Guest” song. The choreography that the napkins had was amazing. The characters were also great. LeFou, played by Jonah Newton (9), did a great job of embracing his character.

The lighting and set were well put together and was very intriguing. What appeared to be the castle doors, when turned around, was a villager’s cozy home. The lighting changed the mood and the type of situation the characters were put in. An all dark moment meant that Belle’s father was lost and scared in the woods.

Costumes were also above my expectations. Lumiere had battery operated candles that were literally “lit”. The villagers were dressed appropriately for the time period that the story takes place in. The enchanted servants were quite odd though; they were a bit funny. Although the costumes are not 100% real, the actors on stage made it clear of who they were in the story.

Overall, everyone who performed on stage and behind stage did an amazing job. The months of rehearsal paid off, and now they get to rest a while before their next play. I believe that the next play be just as fascinating and intriguing.