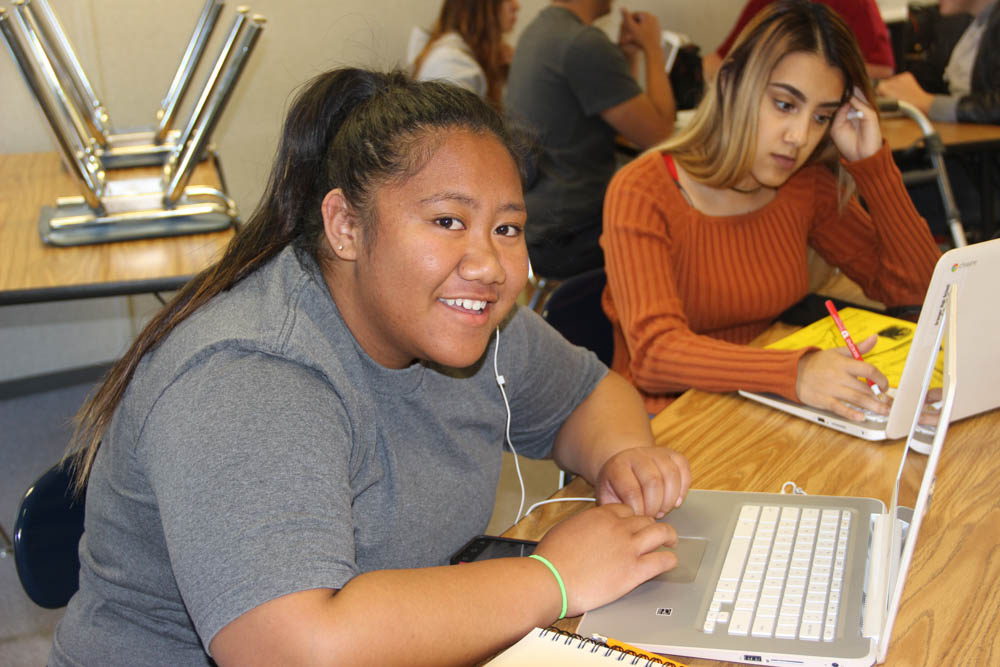 Senior year is a year many high school students dream about. For the junior class here at Granger High School, that dream will become a reality in less than four short months. The fast-approaching reality sparks feelings of excitement and anxiety amongst many juniors.

While some are nervous about the change and what comes after high school, others are excited to see what the future holds. Senior year is expected to be the best year of high school. Many juniors agree that one of the things they are looking forward to is the schedule of classes they will be taking.

Bailee Hoffman (11) agreed. “I think this year will be better because I don’t have to stress about core classes and I almost have all my credits. I can just take fun classes,” she said.

Both students said that they looked forward to graduation the most. Even Granger High alumnus, Brandon Vu (‘14), admitted that graduation was the highlight of his senior year.

“Graduation was very emotional. A good way to describe it is ‘surreal.’ It felt like a dream in a way, like it wasn’t really happening. Then I realized the time had truly come, and I was graduating with all the people I grew up with. We were all so happy. We would look at each other like, ‘Man, we finally made it,’ ” Vu said.

Like Olsen, other juniors are nervous about the change that accompanies leaving high school.

“I’m sad because school is my life. I’m gonna miss my football team the most. I’m kind of scared because I’m not ready for the real world,” William Lokotui (11) said.

Of course, there are some juniors like Xaolin Tabile (11) who feel prepared for the change and look forward to what the future has to offer. “It is going to feel great to be an adult and out of school. I have the money and I’m ready,” she said.

While the junior class seems to have mixed feelings about entering “the real world” next year, Cheyenne Bolding (‘14), a Granger High graduate, has been there for a while and has advice to share. “Being out of high school is pretty awesome. I don’t have to deal with getting up for school, or homework, or any of that. I can go and do what I want, when I want. But sometimes I do miss being young and not having much responsibility, and hanging out with my friends and taking some cool classes,” Bolding said.

“Being an adult is way different from what I thought it would be like. It’s hard when it comes to working and making sure you have enough for your bills and stuff. The freedom of making your own decisions is the best part, though,” she said.

Whether or not students are ready for the shift into adulthood, the change is inevitable.

Although the idea of being out of high school may be intimidating to some students, others already have plans for the future. Hoffman explained her plans for after high school. “I’m ready to be done with high school and move onto college. I want to go to college and study to be a psychologist.”

Other students such as Tabile and Olsen plan to go to college and then travel for LDS missions.

However, things do not always go as planned, as Vu can tell us. “I thought I would be going to college right out of high school. I chose not to do that after I graduated, but it was what I had planned while I was in school.”

Pablo Cardenas (12) is uncertain about plans after high school. “I’m a little bit scared because I don’t know what I want to do with my life. I think I’m just going to go to college and see what happens,” he said.

Cardenas urges students not to worry if they are feeling uncertain about the future. “Two years ago I thought I was going to drop out. Now I have all my credits, and I’m getting ready to graduate,” he said.

Ultimately, the final year of high school promises to be bittersweet for many upcoming seniors. But between the feelings of angst and anticipation, Jesse Ren (11), has some encouraging advice for his classmates. “Keep your head up and focus on success. Believe that you’ll succeed, not fail.”