This racing Lancer has a distinctive hobby and lofty goals 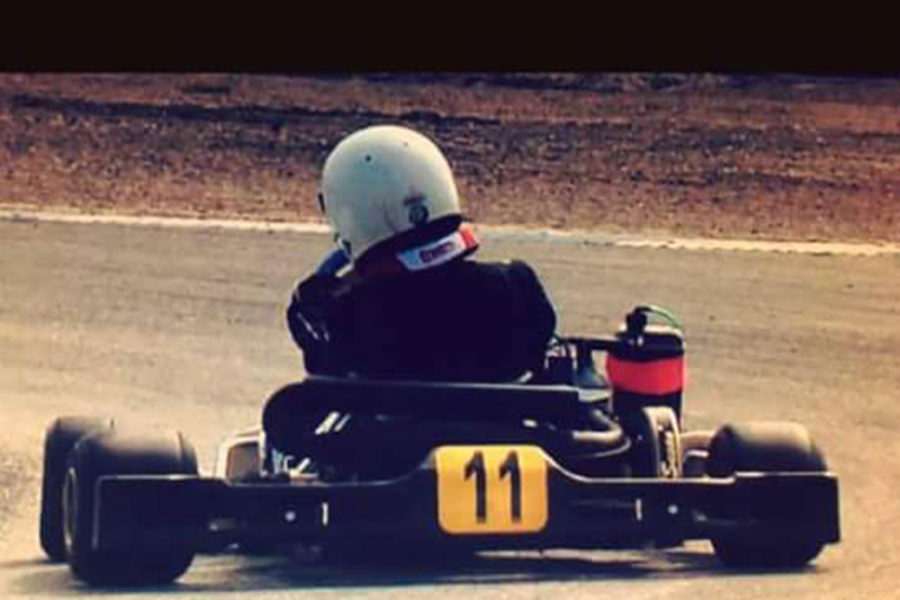 Wood is a great student, and a rock star racer. She’s an awesome Lancer, and an inspiring one at that.

MANY STUDENTS at Granger High have after-school hobbies, and these hobbies are all sorts of different things. They range from drawing and singing to sports and clubs and many others. However, there are some very unusual hobbies out there. Kaiti Wood (11) at Granger participates in a unique hobby: go-kart racing.

When she was just 10 years old, she started racing. Her father and his boss were big influences with helping her get started. “I’ve always liked cars and the idea of driving one,” she said.

With that, she began racing around the track. After more practice, she started to become better and better.

Her dad is a huge supporter in what she does, and he is very proud of her. “In the beginning it was scary. Watching your ten-year-old daughter go 50 miles per hour really shakes you up,” he said. However, her dad loves what she does. “My favorite memory is when she took her first championship. It took four seasons to get there.” he said.

Racing also offers many life lessons. Her father also has seen some lessons racing has taught her. “The relationship built through competition with the sport usually last a lifetime,” he said. Racing is not only fun, but educational as well.

“I like racing for what it teaches me. It teaches me how to deal with losing,” she said. It also teaches her how to balance what she wants with what she can afford.

Some things to be considered about racing are expenses. “Don’t start out too expensive,” Wood said.

Her father also talked about finances. “I’m fortunate enough to be able to provide my daughter this chance that not many kids get,” he said. “Racing takes hard work, dedication, and money. Keep that in mind if you’d like to start racing.”

Another thing to take into consideration is the risk of injury. “I crashed once in June [2015]. It was at the end of the race and I got hit and sent into the wall. I cracked my helmet, neck brace, and even broke my hand. After that, the kart was totaled,” Wood said. It’s a lesson every racer should remember: be cautious while racing and remember to wear a helmet.

It isn’t too common for a girl to be a racer. When asked about what it’s like being a female racer, her answer was quite surprising. “Being a girl gets you a lot more respect. There are some who will go easier on you for it, but they find out soon enough they’re making a mistake,” she said. Being a female who races isn’t an issue for Wood.

In the future, Wood hopes to make a career out of racing. “If I can help and if she gets the chance…,yes, I hope she takes it.” her father said.

A future goal for her racing at the moment is to win the Indycar Championship.