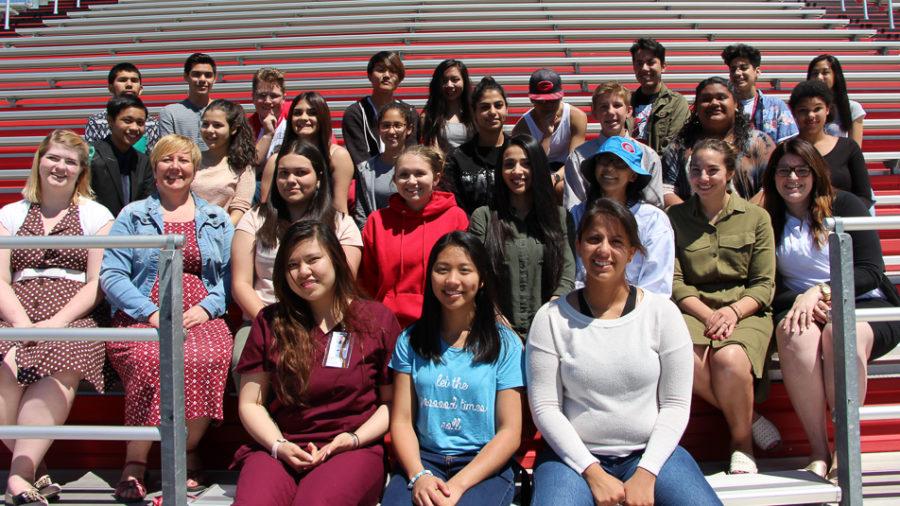 The 2016-17 student body officers and the senior, junior and sophomore class officers are ready to serve Granger High School.

AT GRANGER, there are class officers for each grade level and student body officers for the whole student body. It’s easy to get into the habit of calling everyone in student government SBOs, but there is a difference between SBOs and COs. SBOs plan activities for all four grades, whereas CO’s plan for their respective classes.

“I really like representing everyone; it’s about everybody else and helping them, but it’s also fun for me. It is a lot of work, but it’s worth it,” Omar Sanchez (10) said.

The students vote for the new SBOs and class officers at the end of each school year for the following year. The freshman SBOs are elected at the beginning of the school year once they arrive at Granger High.

Lancers see the passion in their eyes and in everything they do. They’re on display when they walk down the hall with their jackets as they show their pride and how much they love the school.

“Since Granger is a strong school, I wanted to show it more to our community. We will make more activities that don’t just involve the SBOs, but the whole school,” Carmen Cendejas (12) said.

The student government officers strive to be better for themselves and the whole school. They want to represent their grade and school as best as they can for everyone.

“Not only do I want to feel a part of the class; I want to be a role model. Sometimes I suck in classes, and sometimes I am not the most perfect person, but I know I can push myself to be a really powerful person, and hopefully that inspires others,” Angele Nguyen (12) said.

SBOs push their fellow students hard to have more pride in the school. Granger may still have the reputation of being a “ghetto” school, but these SBOs and COs want to show other schools and also the whole state that this school is different and better than they think we are.

Granger Lancers have so much pride in our school. Anyone who comes here will see how much the students love our G-House.

“I want to change the stigma that we don’t really have pride because, I think this year we really pushed it with our spirit bowl where our pride was clearly visible,” Luis Tobar (11) said.

Lancer pride is a big deal here; students buy Granger gear to show how much they love the school. People see it in their faces at the football and basketball games that many students come out to support.

The student government officers have a big part in making the activities for the school fun for all the grades and full of pride. They want students to enjoy themselves. SBOs and class officers also work very hard to help bring change to the school in order to better Granger High School for every Lancer.

“I want to make change in the school to help us be thoughtful, empowered and connected next year; we are going to have lit parties and dances,” Tommy Vo (12) said.

These student body and class officers love Granger and want to help make high school unforgettable for every Lancer that walks into the school.