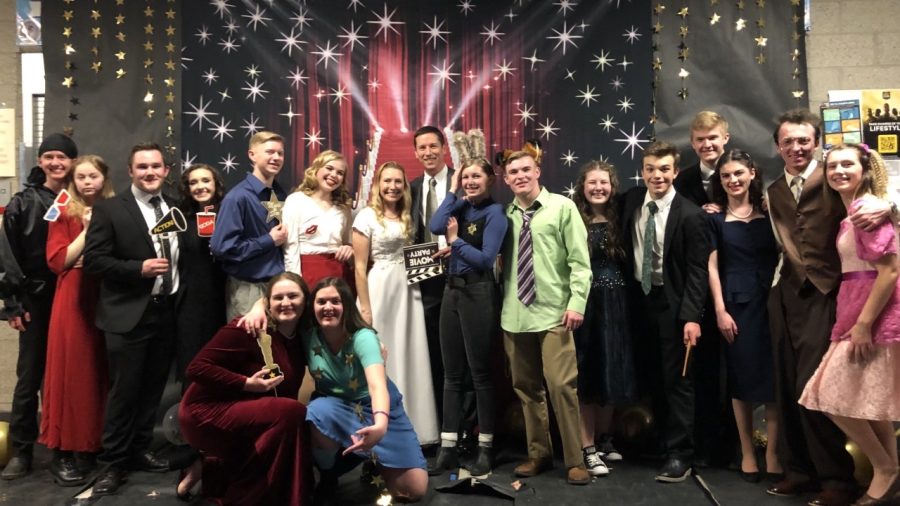 SWEETHEARTS is a Valentine’s Day dance that is an annual tradition for a lot of high schools. This year, Granger’s was on February 26, and the theme was iconic movie couples/duos.

Due to COVID-19 numbers rising dramatically, the dance was unfortunately postponed to the end of the month when its originally scheduled date was February 5. Student Government and the SBOs worked hard to put this dance together, despite the inconveniences they’ve run into with this process. The Freshman council oversees the event, and in the early morning of February 26, they went to decorate the commons for the dance.

A red carpet was laid out under a balloon arch down the steps and onto the dance floor, fitting wonderfully with the theme. Fairy lights covered the windows and ribbons were weaved in and out of the railing. There was a photo booth with a backdrop of a picture of a red carpet and some paparazzi lights. Although it was the least attended dance, Student Government said it went very well and they were happy with the results.

Emma Herrera (9) and Jose Sanchez (11), a couple here at Granger, planned to go to Sweethearts as the iconic Lady and the Tramp. They plan to do face paint, and Jose is looking for dog ears to wear, and Emma is planning to tie her hair in pigtails. Whether kids went with the theme, or decided to do something different, there was a lot of dancing and lots of music.

Surprisingly there were only a few slow dance songs; mostly songs being from Tik Tok, were upbeat. There were lots of good costumes, and people got very creative. The DJ was the same that was hired for Sadie’s and has a good reputation for school dances. The music was loud and there was a lot of different music that played at the dance.