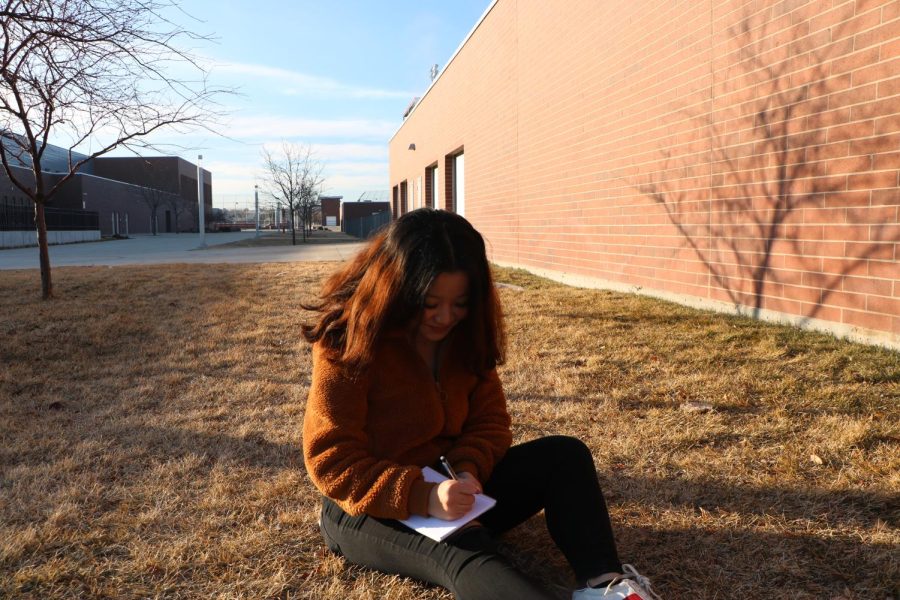 Mareai recommends art to everyone, and she loves to draw vines and flowers.

THE VISUAL arts program at Granger is where many students can show expression through their artwork. Classes Granger offers are painting and drawing. Many students think that these classes are very helpful. Whether they were first starting off learning about art or continuing their love for it, they feel that the classes are very useful to them.

Mareai Meh (9) a freshman at Granger decided to take an art class because previously she felt that she really connected with art itself.

Aside from art, Meh plays for the volleyball team here at school. She was never on any sports teams before, but she felt that trying out for the team would be really fun. Later, after the tryouts she was surprised that she really did make the team. She plans to try out next year as well and hopes she gets in.

Back to her love for art, she was in Ms. Henicke’s drawing class for the first semester. She felt that the learning environment was really good and would definitely take the class again. One of Meh’s favorite things to do in the class was to just sketch in her notebook. “I really like to draw flowers and vines because there’s never really an end to them, so I can draw for as long as I wish,” she said

Although Meh did really like the class, there was something about it that she didn’t like: the time limits that they are given. “Obviously we need to get certain things done so it can be graded, but sometimes it just feels very rushed,” Meh said. She wishes that sometimes there should be more time given when working on other things.