Fashion designers get their start at GHS 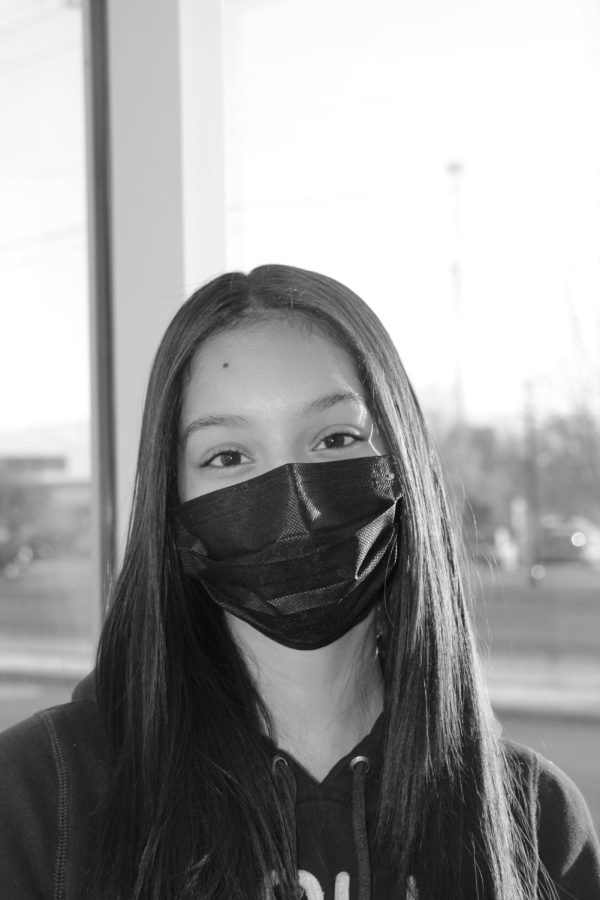 Saqoya gets her fashion inspiration from Rhianna, TikTok, and Pinterest

FASHION plays a crucial part in current trends, and it’s well known that social media plays a big part in most teenagers’ lives. According to the accap.org website, 90% of teenagers ages 13-17 have used social media. 51% of those teenagers use social media almost daily. Most Granger High School students get their fashion inspiration from social media.

Students at Granger High School have distinctive styles from one another. “I try to go for a more comfortable feeling but not to be kinda homelessly,” Benito Guerrero (9) said. Guerrero also says the class is very fun as it has a nice teacher, and the students are friendly.

Fashion is subjective, as it has different meanings to everyone. “I do think you can use fashion to express yourself, though it doesn’t really mean anything special to me,” Gomez said.

While Guerrero sees it as something different. “For me, personally, it’s part of everyday life. You wake up and think about what you want to wear and how to pair it up, so in its own way, it is special to me,” Guerrero said.

Fashion design has become one of the most wanted classes as it counts for extracurricular credit.

“I joined because it looked like it would be a fun class, and I would get a fine arts credit,” Gomez said. Fine arts credit is important as it’s a requirement for graduation.

Guerrero on the other hand, says he joined because he wants to learn about the history of clothing.

“Though it is a fun class, I am probably not going to pursue a career in fashion, but if I were to pursue one, I think it would be a lot of fun,” Gomez said. When in the fashion design class, it’s important to have a specific thought process to get the clothing to fit the desired image. “My thought process while I’m making the clothes changes a lot. I think about what to make, what design I want, the width, if I want it to fit tight or loose, and stuff like that.” Gomez also mentioned how it can get frustrating at times if it doesn’t work out. “If I mess up, I have to start from scratch.”

Fashion has always been a way for people to express themselves and be who they are. It teaches uniqueness and confidence. “Fashion is like a blank canvas and you’re the artist. You’re starting your masterpiece,” Guerrero said.