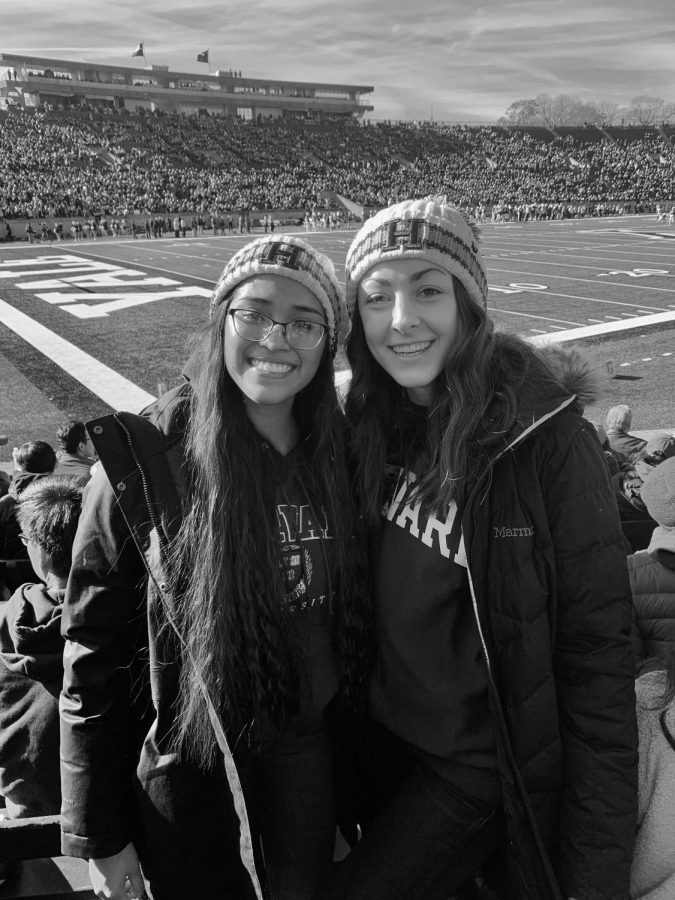 Jelena Dragicevic (‘19) is a freshman at Harvard University with an A.B. Candidate in History and Literature, a Secondary in Government, and a Citation in Russian. Being a Granger Alumna, Dragicevic feels very strongly about helping students from the West Valley City area gain information about college. In any discussion about college, questions about applying, housing, and studies may arise, which can cause confusion on the topic.

On January 16, 2019, Dragicevic came to Granger High School to present a slideshow containing important information about Harvard University. Inviting twelve Lancers, she introduced the idea of applying to Harvard to the uninformed students who did not see themselves ever going to an Ivy League school. “I love this school dearly and am glad I had the opportunity to talk about Harvard to fellow Lancers,” Dragicevic said.

“I didn’t expect to be invited, but the information was really helpful,” Kimberly Chaporro (9) said. Although the invitation was surprising and had caught her off-guard, Chaporro was very grateful for the opportunity to be able to attend the presentation and learn about Harvard. “I definitely will be applying to Harvard as a senior,” Chaporro said.

For Keanne Castellano (10), getting invited to the presentation was very honorable. “I didn’t know that I had the potential. Out of everyone, I was chosen because of how hard I work in school,” Castellano said. High expectations are a thing most students hold themselves to. Having standards when considering education is very beneficial and can even allow achievable goals to emerge.

There are many rumors about Harvard. Some of these rumors include lots of absurd things like how a student applying needs to have a perfect ACT score of 36 or an SAT score consisting of reading and writing being 730-790 and a math score of 730-800. Although various students at Harvard have gotten rather high scores, there are students that have gotten accepted due to other factors while having a standardized test score that is not extremely high or perfect.

Another rumor happens to be that a student applying to Harvard has to have come from a rich family. Many students attending the Ivy League school actually come from low-income families, condemning this rumor to be completely false. Coming from a low income family, Dragicevic is a happy, thriving, and successful student at Harvard.

“I felt out of place because I just felt like there were other people that should have had my place. They all have 4.0’s and I just have a 3.6. I just didn’t think that I belonged,” Jarene Ibarra (10) said. A student’s GPA and CPA play a crucial role in getting accepted into a good college. Ibarra may not have a 4.0, but she is involved in school through Latinos in Action (LIA). She has lots of service hours and does many activities outside of school, which also plays an important role attending a good college.

Even though Harvard University is rated the best school in America, and Granger High does not have the best ratings and reputation, Lancers have as good a chance to attend a big Ivy League school as students growing up in Boston, Massachusetts have. “I work really hard to push myself to take rigorous classes and I have been getting into extracurricular activities such as making debate council, LIA, and girls’ wrestling,” Juliana Tellez (11) said. It is important for Lancers to keep college in mind and realize that they have the potential to go to major universities that will offer them scholarships and aid so that they can attend.