Halo Wars: The story about Master Chief and how it all began 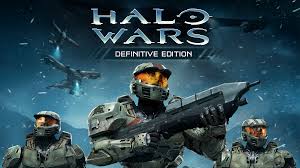 HALO USED to be known for its amazing campaign and multiplayer that follows an intergalactic war between humanity and an alien alliance known as the covenant.  Those of us that are familiar with the franchise know about the Master Chief, aka John 117, who is the hero of the entire series.  However, what most players don’t know is how the war even began.

Halo Wars is the prequel to Halo Reach, so it takes place way before when the Master Chief actually became the Master Chief.  The main Spartans that are part of the prequel is red team, blue team’s rivals (Master Chief’s team), which is why when you play any Halo multiplayer there is a red team vs blue team.

The game only has three Spartans because the Spartan is still relatively new during the time and all the other Spartans are still on reach training. The first human colony to fall, Harvest, is one of the “gateway” colonies that will lead the Covenant to humanity’s home world Earth. If they find it then we are screwed.

During this time period, the war has lasted about five years since the fall of Harvest.  The alien threat have found an ancient map of The Forerunners which causes the UNSC race the Covenant to a different colony to find the weapon. The weapon is one that that the ancients left on pre-built warships that, if taken by the covenant, will mean the end of the war for humanity.

That is the basis of the story, but the game play is really the same as any other RTS (Real Time Strategy) game. You have to balance resources and out play the AI in order to win with a rock, paper, scissor rule. Rock being the armored units, paper being the air units, and scissors being the infantry units.

There are also six leaders you can play as that each have their own abilities, three of which are UNSC and three of which are Covenant. You have Captain Cutter, the leader of the Spirit of Fire, and Sergeant Forge who is in charge of most of the troops. Then you have Professor Anders, who is a female if that affects any of you.

For the Covenant you have the Arbiter, The Prophet of regret, and The Brute Chieftain. The covenant are higher in shields and troop productivity, but the UNSC are better fitted with destruction because that’s how humans are