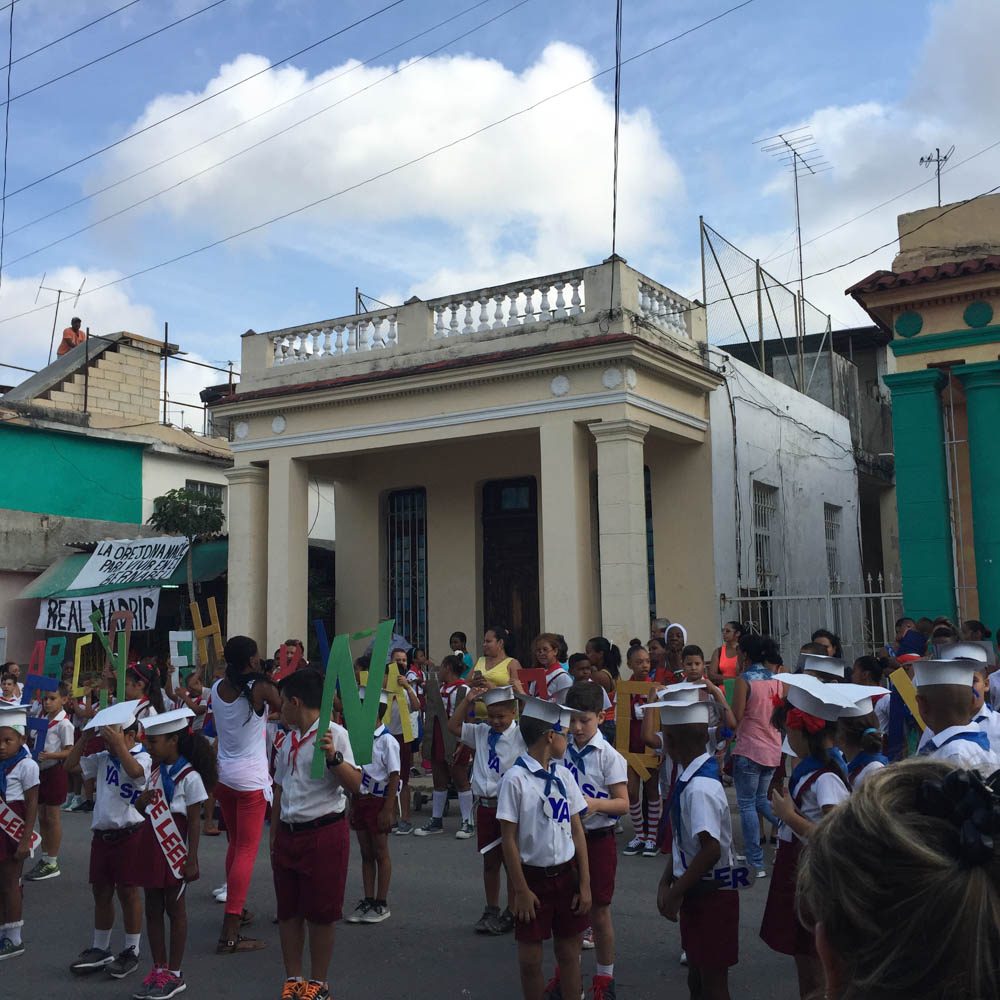 RECENTLY, I had been granted the opportunity to visit the country I was born in, Cuba. In comparison to the United States, is as if it’s another dimension completely. Two parallel universes collided but united between an oceanic border. One world leads you to a world of freedom, modernized cars, and wi-fi internet. The other world leads you to an era of run-down houses with mold and a complete disconnection to the outside world.

One obvious difference is the education system. While there’s a similar devotion to knowledge, the schedule is completely different, and post-secondary courses are often free.

“I like the education system. My child comes home with something from some curriculum learned,” Yuraima Marrero said. She is the mother of a first-grade student attending the Jose Martin primary school in Cuba. “However, I feel as if the track of time should be handled better. The school usually starts at 7:00 a.m, and the curriculum expected ends at noon.  After noon, I have to then pick up my child, offer her lunch, and the rest of her school hours (1:00-4:00 p.m.) is essentially spent ‘goofing off.’ ”

A teacher herself, Marrerro explained her position. “I am a certified teacher of a primary school. I teach in the same school my daughter attends, I never let my child attend school past noon. It is essentially a waste of time. However, I do believe the curriculum is comparable, if not better than the United States,” she said.

The time spent for students between the hour of 1:00-4:00 p.m. is a usually extra-curricular activites of dance, health and hygiene, and the history of the Cuban revolution. However, most teachers choose not to follow this rule of curriculum, and instead give students a free three-hour period. This then leads to the parents choosing to keep children home from those activities.

Sheimy Garcia is a teacher at the Paulina Concepcion school in Havana. “Our literacy rate is extremely high, there is almost zero to no drop out students, and all children are given access to free schooling, even beyond high school,” she said.

According to the Novak Djokovic Foundation, Cuba’s literacy rate is at an outstanding number of 99.8 percent. In comparison to the United States’ 86 percent. Although the United States has a higher legal age for mandatory school enrollment, Cuba only requires to stay until ninth grade. The graduation rate for Cubans is 99.1 percent, beating the United States by 26.1 percent.

However, the details taught in these rural schools is rather misleading. Because of its socialist and communist ideologies, Cuban citizens begin to learn about the “benefits” of this economy at the mere age of five years old. They are given a gateway of enforced ideas on how innovative Fidel Castro was. However, most older adults seem to disagree, unlawfully so, that he was not as he appears in the history books.

Because of the biased curriculum in pro-communist education, The United States as well as vouches for a capitalist country, even if it has its downfalls, similar to Cuba. The Republic of Cuba does offer one intriguing factor of education that the U.S does not, free college courses after preparatory school (high school).

Dayrel Marrero is a tenth-grade student attending a preparatory school in Cuba. “I want to become a doctor one day, and from what I’ve heard about Yuma (The United States), I believe that my ability to be a doctor would be limited and quite costly. That is why I believe I will get the most out of my education here in Cuba,” he said.

The people of this republic seem quite satisfied with the system of learning, and in fact, will argue that it is better than America’s, according to available statistics.