A look at Granger’s Super Lancers 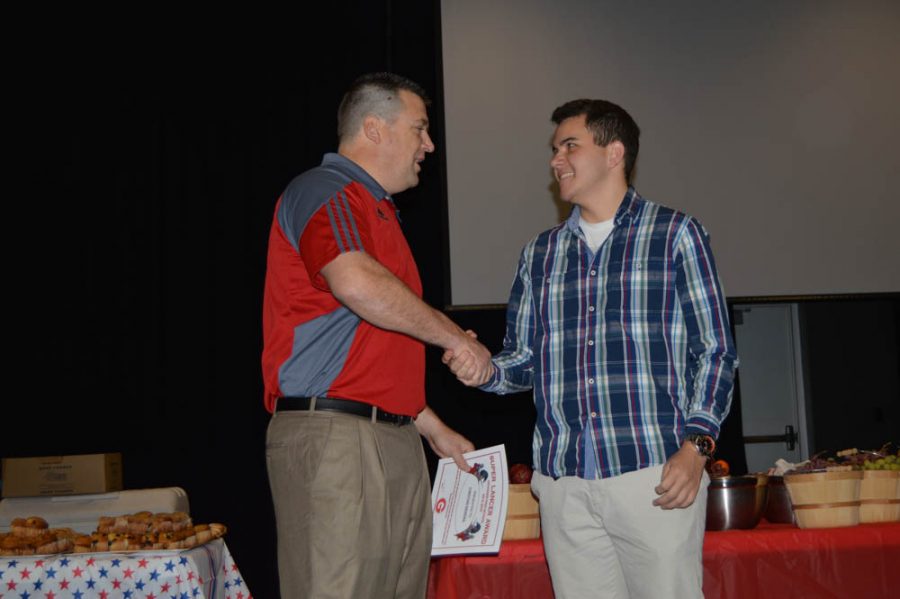 MANY THOUGHTFUL and empowered students go to Granger High, and they show off what they can do, whether it’s dancing, playing basketball or even debate. However, many Lancers don’t usually get awarded for their amazing actions. Just recently, 20 students got selected to be Super Lancers to highlight what they can do.

Being a Super Lancer, allows you to get recognition. Hundreds of students go beyond what is expected, however, they don’t necessarily get the chance to be shown. They showed up to school, did their work and demonstrated who they truly are in the classroom.  Before the school year ends, teachers will elect 40 more Super Lancers, so be on the lookout.

Their outstanding behavior is what allowed them to get the Super Lancer award. It’s important to go to class on time, stay on task, and smile every day. These outstanding students seek success. Every day, they show up to school ready to learn and help their peers whenever they can.

“Education is something you should take advantage of because not many have the opportunity to study. Yet most take it for granted,” Yisel Herrera (9) said. Being able to be a Super Lancer was something amazing for her. Knowing that out of over 3,000 students, she was one of the ones selected.

“Yisel is always focused and eager to come to class, as well as always being positive, while other students complain, she just gets right to it and I love how she admires education which is what makes her stand out from everyone else,” Ms. Neibaur said.

With her outstanding mentality, it allowed her to show Ms. Neibaur that she’s more than she thinks she is. Yisel, however, would’ve never thought that her freshman year she would get this amazing opportunity to become a Super Lancer.

It’s been two years since they’ve had Super Lancer awards. But they’ve been on hold because the administration didn’t necessarily have someone to spearhead it. However, now Mr. Demoux is in charge of organizing the whole program. Looking for teachers may be one of his hardest tasks. He has to ask teachers that he knows will choose students worthy of the award and deliver names before the deadline.

Teachers have a hard time choosing students as well. Having to set aside the emotions toward a student and not choose a ‘favorite’. “I let my mind just think, who would make a good Super Lancer. The first names that popped into my head got me started, and I went through the requirements for Super Lancer. That’s how I decided whether they met the requirements or not,” Mr. Timothy said.

Administration wanted teachers to look for kind, hard working, helpful, enthusiastic people who don’t usually get recognition. Having many options would be fine, however, but having to choose only one may be the most difficult task teachers had during this past Super Lancer awards.

Both Mr. Demoux and administration are looking forward to the next Super Lancer Awards. “There will be more Super Lancers selected at the end of March and in May,” Mr. Demoux said.

Students should remember to do their work and be themselves. Teachers will be looking for outstanding students. Hard work, punctuality, and attendance serve as a solid base for every Lancer, but it takes more than that to make a Super Lancer.