There are many different cultures here at Granger High 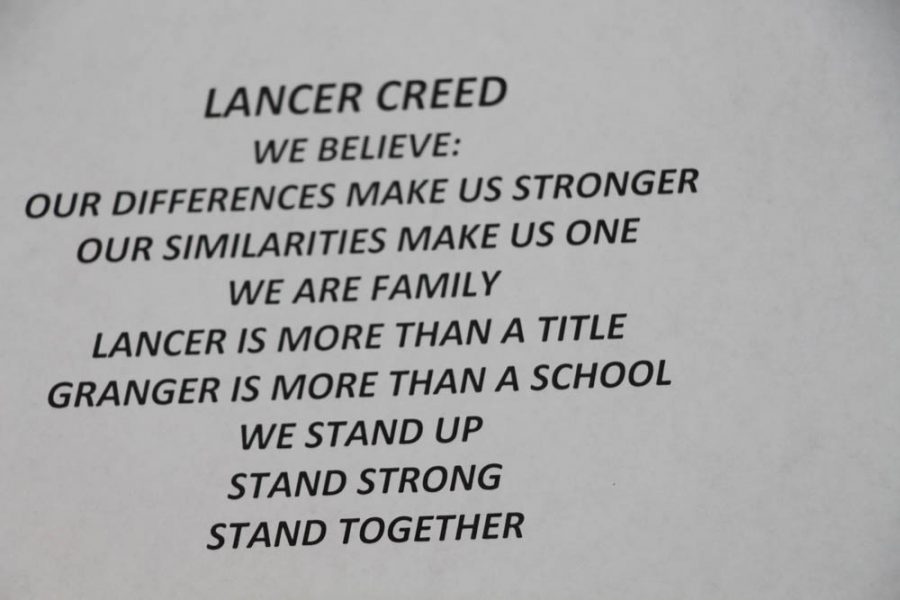 Those aren’t the only holidays they celebrate. September 15 for example, it’s Mexican Independence Day. Or day of the dead, starting on October 31 and ending on November 2, celebrating with cultural dancing, dances, food, and partying.

“With my family, there is this tradition that we do where on Christmas Eve we open PJs from our grandma. Then in the morning we open presents youngest too oldest. Then when New Year’s comes around, we go out to dinner all together as a family. The younger ones go outside and play. When it’s almost midnight, we all watch the ball drop on TV,” Delicia Radio (10) said.

With many different cultures at Granger and so many unique ones, there are also some that are just like any others. Then again maybe there isn’t one culture that is the same as another. Maybe if Lancers just took the time to look around every corner to see all of the different cultures that are here at Granger than just one. Just ask anyone. They can be everyday ones, too.

Culture isn’t something that you see just by looking at the person, taking the time to get to know the person will also help us understand the different cultures and will help prepare us for jobs in the future.

“Integrated classroom environments are important in helping students learn to collaborate and communicate with the different cultures and backgrounds found in the 21st century work environment,” as stated on the blog.ed.gov website, the official blog of the US. department of education.

Granger as a school is able to go outside of what Lancers know of cultures and expand knowledge of other cultures. Lancers are able come to school, see the different faces and learn about the different cultures here and be friends with everyone, not just with friends from familiar cultures.

“I appreciate the diversity at Granger High. I’m used to it. I think that having such a diverse school helps broaden the students’ perception of culture. I think it will help the students relate other cultures to their own culture. It helps people find who they are,” Ms. Eastman, a Japanese teacher, said.

There are many different cultures here and some are alike. There are also people who have the same culture and yet they celebrate things differently.

“In my family, to celebrate Cinco de Mayo, we put candles outside on tables and we paint sugar cone skulls. We also make Hispanic foods, we make a lot of food — half of it we eat and the other half we give to the dead, like we take food to the grave. My family also celebrates Day of the Dead, too. We celebrate the normal way,” Aspen Lopez (10) said,

If Lancers take the time to know one another, they we would see the many different cultures represented at GHS.