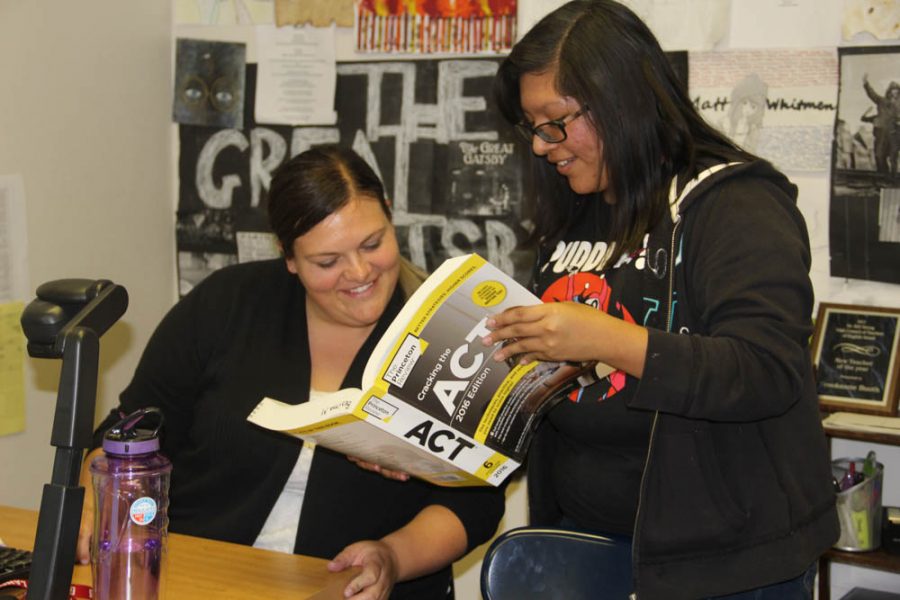 EVERY year,  the junior class prepares for and takes the ACT in the spring. The ACT, which is offered nationally six times a year, is an exam used by colleges to determine who will be admitted into the school and who is worthy of various merit-based scholarships. While this may seem daunting to even the most prepared of students, there are many ways to get ready for the test.

One of these is the class known as ACT Preparation. Offered by many high schools throughout the country, including Granger, ACT Prep.  gives students the opportunity to study math, reading, English, and science, and participate in several activities that give them a feel for the exam and show them what to expect.

Because the ACT is three hours and forty minutes long, test strategies and stamina are two of the most crucial steps in preparing for the test. In order to improve test taking skills and help students improve their endurance when taking this standardized test, students enrolled in ACT Prep. frequently take practice exams. “I think the practice tests are the most difficult thing about the class. They do show you which steps to take, though,” Mariabel Heu (11) said.

However strenuous these tests may be, they help students get used to the format and conditions of the actual exam. Ms. Taylor, the ACT Prep. teacher and greatest advisor to students preparing for the exam, emphasized this. “The biggest benefit to taking the class, in my opinion, is the familiarity with the test students gain, so that by March they’ve seen it four or five times and know exactly what it looks like.” Practice tests give students the opportunity to do exactly that.

While Ms. Taylor was very straightforward with her suggestions for students taking the ACT in the spring and mentioned her goal of seeing all of her pupils hit the state average of eighteen, her biggest advice was to practice the strategies at home and, above all, to not stress. “Don’t stress about it. Stress is your worst enemy with the ACT,” she said.

Students are inclined to agree. “It’s hard not to be stressed out, because the test is so important, but I’m just going to try my best and leave it at that,” Angela Montejo (11) said. The class, with all its practice and run-throughs, relieves stress on students and helps them prepare in a comfortable environment.

While test preparation is a key component of this class, students also work on planning for college. They research different schools, both in-state and out, and apply for various scholarships. Essay writing is an important aspect of both of these. These activities not only prepare students for a higher education and life after high school, but improve their writing skills and endurance, which aids them on the ACT.

Overall, this class is one of the most useful ways to prepare for Granger’s ACT in March. While tackling the test can seem overwhelming at the best of times, ACT Preparation provides students with the correct strategies and techniques to do well on the exam.

Prep. is an abbreviation. You need a period after you use it.

Move this after you quote her a second time. This makes it just one quote and less of an awkward break.